You are here: Home>Latest contributions>Audrey Longley

Interviewed in 2019 by Veronica Walker-Smith, Carol Cheeseman and Angela Prior-Wandesforde 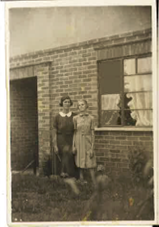 The Stillman sisters worked as Still Room maids at Knole 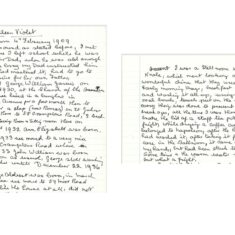 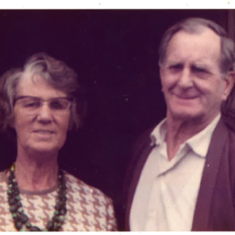 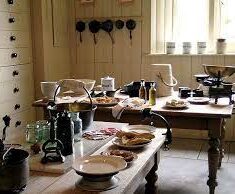 Audrey Longley shares her own memories and the memoirs of her mother, Kathleen Violet Stillman who worked in the Still Room at Knole in the 1920s.  Kathleen left Lady Boswell’s School at the age of 14 and went into service at Knole where Audrey believes she continued to work until 1930 when she left to be married.

Leaving school to go into service at Knole

“She told us she came here to Knole when she left school at 14 – she went to Lady Boswell’s School and then came here as Still Room maid. She went into service as they called it. Her two sisters also worked here. But I don’t know a great deal about them. She didn’t bring us here [later on], although we lived in Sevenoaks – she didn’t bring us here, whether it was because she couldn’t afford it, or that she didn’t want to – she did say that ‘you’d only see half of it anyway and the interesting things are the bits at the back,’ where she worked.

“Yes, she had early mornings, laying up trays and preparing breakfast trays. Well I believe she worked here until she was married, but I’m not 100 percent sure. That would have been 1930. She didn’t work here after that.”

Interviewer: Did she talk about any recipes for preserving jams or making cordials? is it something she passed on to you?

“Not specific recipes, but she always made jam at home. And we were brought up to make jams, and I still do.”

Interviewer: Do you have a favourite flavour that you like to make?

“Anything  especially from the hedgerow, anything that doesn’t involve too much expense. If it’s there, use it. And that’s always been her attitude. I think,  sort of make use of what you’ve got, and that’s how she was brought up – make do and mend and be economical.”

A fright while washing up fine china

“I was a Still Room Maid at Knole, which meant looking after the wonderful china that they used, laying early morning trays, breakfast trays, etc., and washing it all up using wooden, oval bowls, towels put on the draining board – and everything was done to prevent chips and breakages. All the time I was there, I only broke the lid of a staff teapot. But I had one fright while drying a coffee cup that had belonged to Napoleon, after the housekeeper had washed it, after taking it from the showcase in the Ballroom. It came apart in my hands, but it had been stuck together at some time and the warm water had softened the glue. What a fright!”

Interviewer: She obviously was very worried about it, wasn’t she?

“Yes, I can remember her talking about it. It was quite an event for her.”

Interviewer: Did she get into trouble?

“I don’t think so, no. It was just she was relieved that they were able to say, ‘No, you haven’t broken it. It’s the glue come apart.’  So they were obviously aware of the breakage previously.”