You are here: Home>Latest contributions>Lucy and Agnes Hodder

Daughters of the Head Gamekeeper at Knole

Interviewed in 1988 by Wendy Ferguson 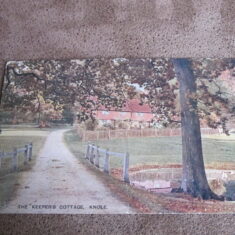 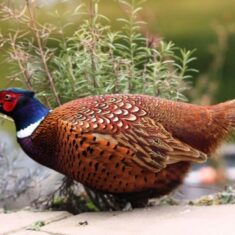 Pheasants were bred each year for the shoot 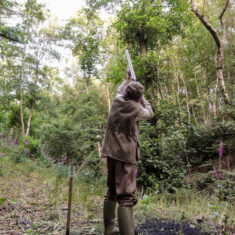 Illustration of a game shoot in progress

Interviewer: And you were telling me about the notes that your father used to take of all the things that were shot and how everything had to be booked.

Lucy: Booked, yes that’s right. There was this small book and when he went home it was put down, my mother had to put it all down. Then she had these great days of this “big book day” sitting up, putting it down day after day because it all had to go out of these little books: where it had gone to and all the rest of , and I expect the dates as well. And then this “big book” used to go in to the Steward and that was all – well, I don’t know – I suppose he just looked over it; whether he did something; whether he had got a book that it was taken into I don’t know.

Interviewer: But your mother did all the secretarial work, as it were?

Lucy: She did all the booking, yes.

Interviewer: I think she must have been a very hardworking lady.

Lucy: Well, she had some long days, these days that my father went out deer shooting or rabbit shooting or anything like that. You see, he had to go out early and very often took bread and cheese in his pocket and had something when he came home.

Interviewer: Because it was a very big estate, wasn’t it?

Lucy: Yes, oh yes. That all happened in the park really, the deer shooting and most of the rabbit shooting. And of course then there was all these pheasants, well a lot of them you see were in the woods and they laid eggs and sometimes brought off their own young. They used to go out picking up, so that they had some of the eggs to put under hens to bring on themselves. They could then put more into the stock because these hens had the baby pheasants in these coops in the woods and they were fed until they were old enough to look after themselves and then of course the hens were taken away.

How the Knole game shoots were organised

Interviewer: And presumably your father had to help organise the shoots when Lord Lionel, it was Lord Lionel then, was it?

Lucy: Yes, he was the sports man. Yes, he used to have to get what they called beaters; and they used to have to, they used to go right through the woods and beating to make the birds get up so as the gents coming along with their guns could shoot them.

Interviewer: And that would have been a whole day affair presumably – the shoot – would it?

Lucy: Well perhaps until three or four in the afternoon I suppose. When we lived in the park the gents used to come and have their lunch which was brought by a butler and that there, they had their lunch indoors and the beaters had theirs outside in the garden.

Lucy: At our house.

Interviewer: At your house, at the Gamekeeper’s cottage?

Interviewer: So, I expect that was more work for your mother, was it?

Lucy: No, she had nothing to do with that.

Interviewer: Nothing at all?