The early days of room-stewarding

Stewarding at Knole in the late 70s and early 80s 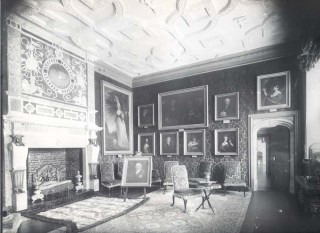 The Reynolds Room in former times

Dorothy Raleigh began work as a room steward at Knole in the late 1970s.  Things were quite different then…

Now you have told us they didn’t give you any training before you became a Steward at Knole. How did you learn the history of the house and about the different rooms?

Right. A board, yes.

So you used to move round different rooms different weeks?

Oh goodness. So they didn’t give you any variety except when you went to the private rooms?

You became the expert on that particular gallery.

D.R.: It was two little American teenagers that stick in my mind.

Tell us about them.

Right. So were there no lights at all in the showrooms?

And did you have blinds on the windows?

D.R.: Only when it was sunny they brought them out. That was to preserve the fabrics.