You are here: Home>Working at Knole>Volunteers>Eve Tucker, Knole volunteer since 1987

Sevenoaks resident and wartime reporter for the Sevenoaks Chronicle 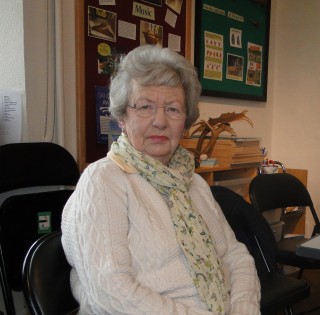 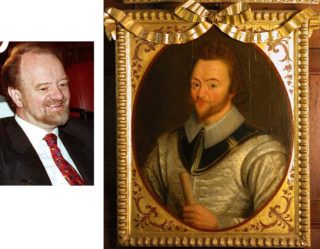 Eve has lived in Sevenoaks all her life.  Shortly after leaving school around 1944, she covered the story of a bomb landing outside Knole for the Sevenoaks Chronicle.  Eve began volunteering at Knole shortly after the death of her mother, in 1987.  Since she arrived, she has met thousands of people, and many things have changed – but not the temperatures indoors…

Does it stay open no matter what the weather?

E.T.: Well, yes, unless I mean it’s so thick snow that no-one’s going to get there, you know. Either visitor or helper. Yes, pretty well.

Are you allowed to sit there in your coats and your scarves?

E.T.: Oh yes. In fact I did see two or three people in hats. They’ve got their hats on, well of course you lose heat through your head don’t you.

You do. And it must be quite chilly really, ’cos you’re just standing. Or do you move around the rooms?

E.T.: Well no, you mostly stand in your allotted spot. I mean you move a little bit, obviously, but only within a short sort of range you could say, because there’s another steward you see. I know it was bitterly cold, bitterly cold, I’m just trying to think when it was. However there we were in our boots, thick coats – I mean people used to say if they saw you ”ooh, I know where you’re going Eve: you’re going to Knole”, because everyone was walking around in thin suits and I’ve got an overcoat on and a thick scarf.

E.T.: There was a landmine near Walthamstow Hall school [near the northern tip of Knole Park], and I happened to be – there was a cinema at the bottom of the High Street called the Plaza, and I and my mother happened to be in this cinema when this landmine fell, and it was rather strange: all the audience stood up as one man. And the rather fussy little manager comes fussing out and says ”keep calm ladies and gentleman, the film will continue in a few minutes”. We all calmly sat down and the film did continue in a few minutes. When we came out, you know cinemas have these great big glass doors, well they were all gone, so it must have been quite a bang.