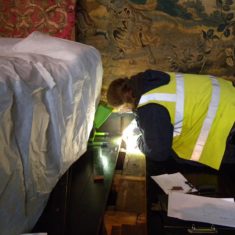 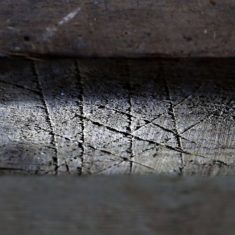 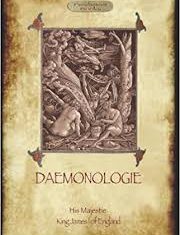 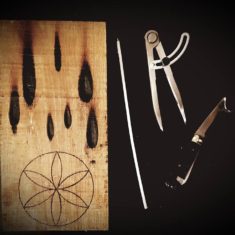 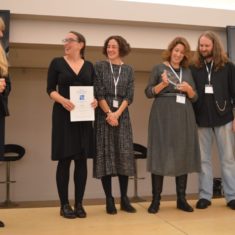 Museum of London Archaeologists were contracted to record various stages of the 6-year Inspired by Knole Project, funded by the Heritage Lottery Fund. Buildings Archaeologist James Wright was working at Knole in January 2014 when he made the biggest find of his career at the time: ritual protection marks in the beams of one of Knole’s showrooms, and then again in the attic spaces, which then opened to the public on specially organised Attic Tours in March 2019).

A couple of months later was when it all got really exciting. And that was working just down the way here in the Upper King’s Store. It was a Friday afternoon, it was just after lunch, and it was in January of 2014 and I found another ritual protection mark.  And it was directly opposite the fireplace. I thought, this is quite similar to what we had found in the Spangled Bedroom.  And it was a bastardised pentagram in effect. I recorded that and then I moved on and then moved on down the beam and started finding more and more and more and more of these things – on the same beam. And on the same side of the beam facing this fireplace. There were checkerboards, mesh patterns,  intersecting VV designs, Marian marks and some burn marks as well.

It took a long time for me to really realise what we were looking at. I knew that we had got a big assemblage of these things. Eventually I realised that the tool that had been used to cut them was a rase knife which was used by carpenters. Then I started thinking about the dating of when those carpenters were in this particular space. And it was the spring and summer of 1606 which we knew from documentary purposes but we also knew from dendro by that point as well. So then I got to thinking about why are they so concerned about this particular space in 1606. And it occurred to me that this was part of the royal suite, or intended royal suite at Knole – it’s the King’s Tower that’s been remodelled so that Sackville would be able to attract King James I to increase patronage to the family. Well I was thinking, that’s very interesting, spring and summer of 1606, royal suite for James I. Well he certainly is a king that has a reputation for being interested in demonology – he literally wrote a book about it; he wrote a book about effectively how to deal with evil spirits and witches, which had been re-published in this country only two years earlier – 1604.  He of course, also had presided over witch trials himself when he was in Scotland. He was a man who’s got a lot of interest in evil spirits and the devil.

The aftermath of the Gunpowder Plot

And then it got slightly more interesting when I realised that of course, the spring and summer of 1606 is the aftermath of the Gunpowder Plot. Wow, you mention the Gunpowder Plot and the wind increases! If you look at the language that was used in the aftermath of the Gunpowder Plot, you can very clearly see in the pamphlets and the artwork and the plays that were inspired by the plot, the sermons and also speeches delivered in Parliament, that the State was very, very clearly linking the Catholic Gunpowder Plot with satanic forces. And they’re using things like ‘hell fire and brimstone’ language; and you’ve got people like Robert Cecil saying the plot was an abomination of Roman Satan. So you can see that link made really clearly. There’s illustrations which show Guy Fawkes with demons whispering into his ear, and the Pope behind. So this is kind of the aftermath of the Plot where the State has gone into overdrive of propaganda. Ultimately, I think that the carpenters working at Knole soaked all that propaganda up and re-gurgitated it up in the form of this extra special ritual protection. It’s more than anywhere else. It’s consistent and it’s pre-planned as well. And it’s dealing with the problem of this new fireplace which has been inserted at the same time, and again, protecting the sleeper in these royal quarters. So that’s when it got really interesting. So it was about three hours to work through this idea and about nine or ten months to prove it, which I’ve subsequently published in several arenas and I’ve continued to lecture quite widely on.