Interviewed in 2014 by Veronica Walker-Smith and Christine Nevard 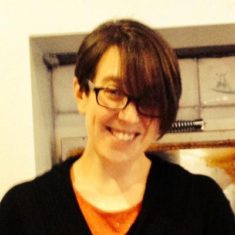 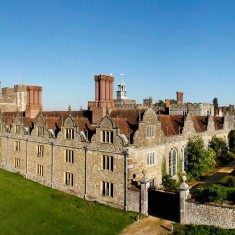 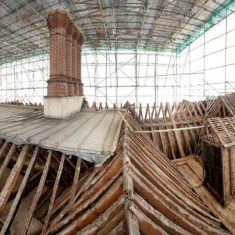 Nathalie is the National Trust’s Regional Archaeologist for London and the South East, and passionate about how Knole’s archaeology is an exciting part of the Knole story, spanning centuries. She has been involved in the Inspired by Knole Project from its planning stages in 2012 and implementation from 2013.

As the Regional Archaeologist and working closely with this property, my responsibilities are to make sure that any work that has any impact on the fabric, on the below-ground or the landscape of the property, are adequately covered by archaeological supervision. So whether that’s something that I undertake myself, if it’s a small piece of work, or whether I go out and find contractors to do that for us, and obviously with Knole being such a huge project, we’ve used lots and lots of different contractors. So a big part of my job I guess is managing that contract process.  So: making sure I know what all these different teams are doing, keeping up with building programmes so that we have people on site when they’re needed, whether it’s recording the roof, or the house, or commissioning pieces of research work like graffiti surveys that we’ve been doing; and also being the contact point for other researchers who’re interested in coming to look at the property. So  the landscape studies we’ve had going on for the last couple of years. Plus, because this is an HLF project and because I come from a background of community archaeology projects, I’m very keen to be involved with the engagement side of the project. So making sure if we’re doing this fantastic archaeological work, and finding all these amazing things, that we are  not only disseminating it but also involving people in it. So the public archaeology side is organising things like lectures and Archaeology Day; and as we go forward and we have an education space, workshops and that kind of thing and then trying to get people [4:00] directly involved so a community archaeological project and having people who are learning about archaeological methods and techniques and hopefully can become part of the work programmes, so doing the project work where we can. I think that’s everything. Oh, and digital outreach so tweeting, facebooking and all that kind of stuff.

It’s a treasure trove, literally, archaeologically. Because until we started doing the building works we didn’t know a huge amount about the buildings’ structure. So there was an assessment in 2007 by Oxford Archaeology, but they didn’t do anything invasive and they didn’t really do anything in a huge amount in detail because they were just looking at what they could see. It was a really, really good overall assessment. But what we’re now having the opportunity to do is to basically test that assessment as we take bits off the building and get to see the bits that they didn’t get to see. So in terms of a built heritage, it’s hugely exciting. And it’s essentially like looking at a small town in scope. So in terms of any kind of archaeological project, this is a massive, big undertaking. Plus the fact that even the huge bits we are looking at, are only a fraction of the actual, whole entire complex, and there’s quite a lot more building still to do. The graffiti survey has been really interesting because it’s something that, it’s very much a growing field at the moment. And we are lucky enough to be quite towards the front of that. Because we started doing that, we commissioned our graffiti survey a couple of years ago. So we can say we were before the trend. We were there, we knew it was important. And it has proved to be really, really interesting. And will carry on to be.  The landscape, the buried heritage – so all the stuff that’s under the ground – we know almost nothing about. There’s been very, very few excavations on the site, there’s been hardly any recording done of any of the excavations. So we know there’s underground services, we know there’s drainage, we know there’s water, and we know there’s electricity, but where they all go, you know, we’re still finding out…  But it’s been an extensive archaeological programme, because we’ve stripped out a lot of the building already! We’ve taken the roof off two sides of a palace, and we’ve surveyed the rooms, the interior of the rooms. For the first time, we have an accurate measured survey which we’ve never had before. But that’s a very time-consuming process. We’re now going to have – as you can hear outside – service trenches for all kinds of things. We’re going to convert two medieval buildings into modern use. And then we’re going to take up all of the floorboards and take all the panelling off. And all of that needs to be recorded. So it’s a major, major piece of archaeological work. It’s a big project.

I’m looking forward to seeing the work starting on the barn. Just because it’s a really interesting building; I think it’s been quite heavily mucked about with, in the Victorian period, so it would be interesting to see if we can define that any bit better. The more I look at it, specially with the useful picture that is on the outdoor catering, the more I think we are looking at something quite altered. But it is supposed to be one of the earliest things on the site so it’ll be very interesting as we go through that process particularly when we’ve got lift shafts, pits and things, to see what’s below ground. I’m also really looking forward to when it’s all finished, and we’ve got the education centre and we’ve got a space that we can use for lectures and teaching and all kinds of things really. It seems amazing in this place and we never seem to have enough rooms, but we somehow don’t! So it would be really nice to be able to have a little bit more room and it will be really exciting to see the collections coming out of the showrooms. That’s something I’m really looking forward to because it’s going to be a completely different experience looking at those rooms empty. That’s when we’ll do a graffiti survey in those spaces when everything is out, and we can get in properly with some lights and have a proper look.