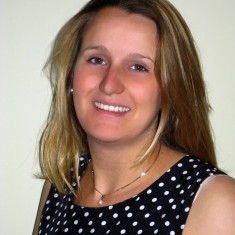 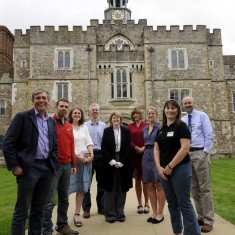 The Knole Project Team in 2012

Recalling 1904: Royal Oak members dine in style in 2013 in the Great Hall at Knole

The Inspired by Knole Project has a dedicated Fund-raising Manager, Victoria Phillips. She explains her role and her working relationship with the National Trust donor family, Robert and Jane Sackville-West.

Victoria describes her role on the Knole Project Team

I’ve worked for the Trust for a long time on a number of quite large projects. I’ve worked all over the country, but mainly, before I came here, I was in the Central Office. And what we had learnt with previous large-scale projects where you need a dedicated fund-raising resource on the property, both to put the time into fund-raising and also to build the relationships with the team here. So they understand what the fund-raising’s all about and what you’re trying to do. The other big lesson that we brought into the Knole Appeal, was  that when you’re doing a fund-raising project, especially one of this size, is that it does suck a huge amount of fund-raisers’ and project team’s time. So it means that, because most HLF projects have, and this is no exception,  an element that they want to see of money  coming in, not from the organisation, not from  the HLF, but from third parties and that part had sort of, gets  forgotten  quite often. When you’re going after major millions from the HLF, obviously that’s where everyone’s time is directed. But you do then, suddenly, once, if you’re lucky enough and you get the HLF bid, you’re suddenly left with this big chunk of money that you need to find and then you’re playing catch-up. So that was really why I came to Knole – was to try and keep that a balance there, to provide a support for the bid, but also to make sure that the matched funding element was there and ready when we were lucky enough to secure the HLF money.

Balancing the interests of all concerned in the huge Knole Project

So my role was to provide content to enthuse the people who wrote to the Appeal; with the knowledge and that sort of thing: taking them round and showing them what we needed to do. And also ensuring that we were putting out was factually correct. So being a bit of a conduit for their copy coming to me and me ensuring that… and also the other complication with this was that because we have the family here, is making sure that they were happy with what we were saying as well. Because talking about a building that’s fallen into decline, both in the Trust ownership and during the Sackville ownership, be it several generations ago. Obviously, it’s sometimes fraught with anxieties. And also with the family who were living here, going publicly and saying what a state the building was in. There were anxieties there about how that might reflect on everybody, so trying to balance those kind of interests.

I would say it took about a year for me to build up a good relationship with Robert and Jane to the point that in summer of 2012, that we had a garden party here, a fund-raising event. And they were very much involved in that. They opened their address book to me for that. We used the garden which is obviously part of the property in their control. We used a number of the rooms in their part of the house. I think it was at that point that they really started to understand…because for them as well, seeing how serious the Trust was about doing something here. So they’ve been incredibly helpful from that point of view. The other place where they have been fantastically supportive is with the work that we’ve done with Royal Oak, our American affiliate; because Robert has done work with them over the years with his writing and books. He’s done a number of lecture tours with them previously. So he’d already started a relationship with them. So that really stepped up a gear. So Royal Oak adopted Knole as their major kind of call to action during 2013. So we did a lot of work with them leading up to that. Robert’s been out to the States I think on a couple of occasions, with Royal Oak, doing lectures, attending various events and. Royal Oak have been a number of times and have really got to know Robert and Jane. And for the Americans, not only do they love the history of Knole but the fact that there’s a family living here is a really lovely connection for them. And that culminated shortly before I left last year, in a very spectacular dinner for the Royal Oak Foundation. So Robert and Jane, I think, have grown in their confidence with us.