Interviewed by Veronica Walker-Smith in 2017 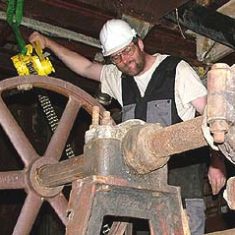 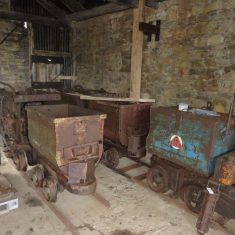 Award-winning metalwork conservator, Tim Martin has been contracted to work at Knole for more than 20 years. He recalls one of his favourite projects being the Buzaglo stove.

Design of the Knole Buzaglo stove

The most fun one was re-building the Buzaglo stove which was in the Orangery.

It was a fascinating machine that was designed by an African. But the design concept throughout was taken up very much in Scandinavia, so that type of stove is found throughout Sweden, Norway and Finland.

There aren’t any nuts and bolts in it. It’s all sections of casting that interlock by gravity. You have the base which has a series of upright ridges. You slot the sides into those, and they interlink with one another. Then when you put the lid on it, that holds them all together. So you’ve got a pile of four or five sections like that. We got to it when it was leaning against the wall with a broken leg at the bottom where the casting was broken so we had to dismantle it quite carefully. We had to support it for fear of it falling over.

Awkward location in the Orangery

Yes, that was one of the fun projects because it was in an awkward location, it was stuck between two sculptures and we had to work out how to get an gantry crane in there to lift bit of it off, and knowing that the panels only interlock, having worked on another in Norway – we were able to sort of strap them together, so that we didn’t have the problem in that the front of it – when you took the lid off, you’ve got to hold the bits below it together.

But because it was leaning on the wall, they all wanted to open up at the same time! We ended up with probably 30 ratchet straps around it, with lots of bits of wood everywhere, you know, it looked a bit like splints!

And it took a day or so to get it apart. And then there was a fair bit of conservation, and a few plates were screwed in to hold the cracks together to make it structural again.