Interviewed in 2019 by Veronica Walker-Smith 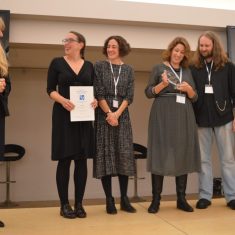 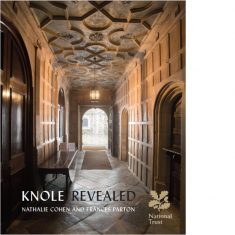 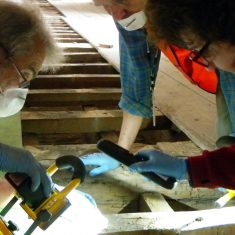 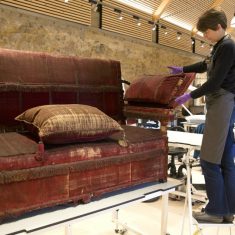 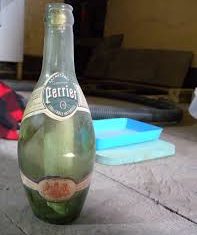 Nathalie Cohen’s connections to Knole date from before the Inspired by Knole project started in 2013. She was involved in enabling works which started in 2011 and contributed significantly to the writing of Knole’s project bid to the then Heritage Lottery Fund. Her enthusiasm and leadership were key to Knole winning the Best Archaeological Project Award in 2018. You can watch the organisers’ summary of the winning factors in the Knole project, as well as the Thames Discovery project, which was also shortlisted for the prestigious national award.

“You can’t ask for much more in terms in your career: to have two projects that you love very much, that you’ve worked really hard on, to be up for an amazing award. I was delighted that Knole won because it’s a – both those projects are unusual because they’re not your traditional archaeological projects – they are foreshore archaeology [Thames] and buildings archaeology [Knole] respectively. There’s not a lot of excavation involved; they both have a really big volunteer component, and quite often the ones that have won the Best Project Award have been big commercial ones. We’ve obviously had a huge commercial input here, but it’s a lovely thing that we should all be really massively, massively proud of. The National Trust doesn’t – you know archaeology is maybe a little bit hidden in the NT, and for us to have won a kind of national award for our project work, that we’ve all done here together, is a massive achievement.”

The contents of the 'Knole Revealed' book

“The expectation is that there will be a big book on Knole at some point, a big monograph, probably quite academic, with lots of expert chapters and things like that. What we hoped we could do in advance of that, and certainly not replacing anything that might come after, was to write a short, accessible book with lots and lots of pictures that describes the discoveries that we’ve made during the project, and the work that has gone on to help us to understand a bit more about this incredible building.

So we worked with lots of the specialists who’ve been working here over the years.  So we have chapters from David [Sorapure], from MOLA [Museum of London Archaeology], we have a chapter from Matt Champion, a piece from James Wright about the witch marks in the Upper King’s Room. We have a chapter from Al Oswald, looking at his landscape studies and the work in the park and the garden that he’s been doing. We have of course, a piece by your good self on the oral history; we have a piece by Jim [Parker] about volunteering at Knole; and also some words from both Jan [Cutajar] and Martha [Infray] on some conservation case studies; as well as a study on the Knole Sofa by Heather [Porter] and Carmen [Vida].

So we hope that we have kind of wrapped up some of the things that we’ve enjoyed most, that we’ve enjoyed finding out about, the things we’ve been talking about over the six or seven years. The final chapter is by Frances [Parton] looking at the curation and presentation which I think is something I’ve learned loads about in the past six or seven years.”

The bare bones of the Venetian Dressing Room

“To be part of the decision-making, and to see really exciting things like the Venetian Dressing Room – right at the beginning of the project, I had hoped that we could have a perspex floorboard somewhere and everyone was a bit like, ‘not sure about that.’ To have ended up with a whole space, where you can see the mediaeval building, and we’ve got some artefacts on display, and we’ve got that amazing fireplace, you know, such a contrast to the show rooms, but so wonderful that within the curatorial presentation we’ve had the flexibility to show something like that.”

Interviewer: “And the willingness.”

“And the willingness, exactly. So yes, it’s been an incredible project.”

Interviewer: “And do you have a favourite find?”

Interviewer: “Still? Nothing tops that?”

“Do you know, I don’t think so. Just because it was such an exciting day when it was found. And you know, Brenda [Jarvis] and Jim [Parker] finding it was just really, really lovely. And it’s such a personal item. It’s one of the best stories, I think we have to tell from Knole. And the way that it links up with the graffiti studies and with the oral history. And with the kind of functioning of the house – because that’s what Sid Doggett was here to do: he was making parts of this house work, he was maintaining them, and he was installing things. You know, I love the fact that there are those incredible radiators up there in the East Attics, and that incredible plumbing!

You know, you really get this picture of those spaces as lived spaces. You know, people working in them, sleeping in them, all that kind of stuff. So I think, just in terms of how evocative it is, I think the message-in-a-bottle will always be my favourite.”