Visiting their aunt and uncle, Knole Lodge keepers in the 1950s and '60s 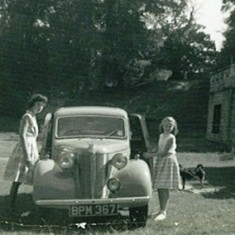 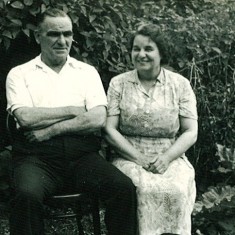 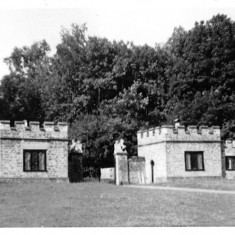 Plymouth Lodge in the late 1950s, after a kitchen extension had been added for Bill and Flo
Photo © Jacquie Elphick & Linda Grimwood

Sisters Jacquie Elphick and Linda Grimwood recall visiting their Auntie Flo and Uncle Bill Shirley in the late 1950s to the 1960s.  Staying at Plymouth Lodge was a surreal experience for the young girls, visiting their relatives who were employed to look after the lodge, and open the gates for Lord and Lady Sackville.

Keepers of Knole's Plymouth Lodge and their visiting nieces

J.B.: My auntie retired and then I believe she saw the advert for someone to come and look after Plymouth Lodge and open the gates for Lord and Lady Sackville.  I think it was Mr Lionel then, possibly. And so that’s how we came to know about Plymouth Lodge really.

L.B.: We used to stay.  It was quite surreal to hear the deer munching outside the window when you wake up in the morning.

J.B.: But at night they would rub their antlers against the building, to get the velvet off; and you’d wake up, hearing those noises, you know.  And then of course you’d be wanting to go to the toilet at night, you’d have to go across the road and out the gate to get to the toilet (laughter) but as children that was magical to do that!

Duties of the gatekeepers

And what jobs did they do?

J.B.: Well I mean auntie, once she retired, would just open and close the gates for Lord and Lady Sackville and the children.

L.B.: They used to toot as they got near didn’t they?

J.B.: As they were coming down the road, and then she would scurry out.

Because there was no gate then at the top of the drive?

They didn’t use where you came in this morning?

Where the school is?

J.B.: They used to come down that road there, and then toot when they got near the boys club, or whatever it was, so we then, she then knew that they were coming down.

So you could hear the toot in those days?

Whereas now, there’s so many cars.  The traffic might be tooting and you wouldn’t know.

And what else did they do at Plymouth Lodge?

L.B.: Well they were retired really.

J.B.:  Well, as they were retired they didn’t do… well as I say he used to wander around and if he saw a deer that looked a bit groggy he’d report that and things like that. But because auntie was, she was a cook, she’d keep all the scraps and whatever and then she’d go out and bang the pot, didn’t she? And all the deer would come up, you know. And if they’d got their young they’d bring them up and show her and she’d make a fuss of them and that.

J.B.: They really got used to her, you know. And it was lovely, idyllic for us as children.

Sounds quite a nice job to have actually!

A bomb crater in Knole Park

J.B.: Because there was one day, wasn’t there Lin, where I was doing an O level needlework exam and I’d made this dress, or skirt rather, that was white with blue roses on it and we’d always been told not to do things, you know, mustn’t go near that. And so if you go up from the side of the bedroom it goes up a slope, you know, and then gets quite steep and below that is an old bomb crater and because I’d just finished my skirt and we were out walking weren’t we, taking the dog for a walk and I don’t know how but we ended up falling down the bomb crater.

J.B.: And my new skirt was totally ripped on all the brambles and when we got back we weren’t half given a good talking to!

L.B.: They’d have been more obvious.

They would have been new as it were.

L.B.: They were quite fresh.

J.B.: Vividly remember that, because I mean the whole of our hands… we were totally covered.

L.B.: We didn’t know what to do with ourselves. We were completely stung, weren’t we?