Jim's father and grandfather worked at Knole from 1909 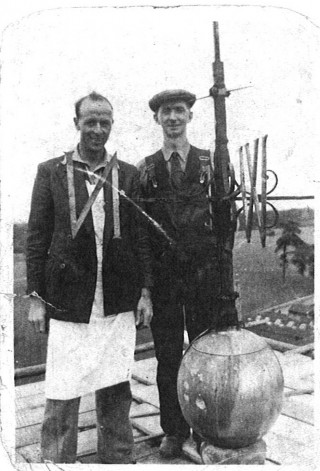 Jim remembers a way of life amongst the workers on the Estate that has now all but disappeared.

J.P:: They lived in the cottages in the Weald Road

And  you were still living there at that time, were you, or had you married and moved on?

J.P:: My parents were still living there. The idea was at Knole if you worked for the estate you or whoever’s left, stayed there until such time as you could or wanted to move. It was totally free right the way through and of course you never paid any rent because that was rent-free. But Dad would drop a packet of fags to Margaret’s father and some vegetables would come, a lot of that went on, and the gamekeeper often had a brace of rabbits or something. My mother was adept at skinning the rabbits.

I had two aunts, maiden aunts, who lived with Grandad up at Weald Road. I can’t remember quite what happened but they were asked if they would come over and look after the wicket here, and they lived here for about three or four months to do the wicketkeeping. As far as I know, that was a sort of front room, post went in there and that sort of stuff to be delivered around. This was the kitchen and I think the bedrooms were upstairs. That’s the end of the lesson!