Interviewed by Carol Cheeseman and Jonathan Sargant in 2016 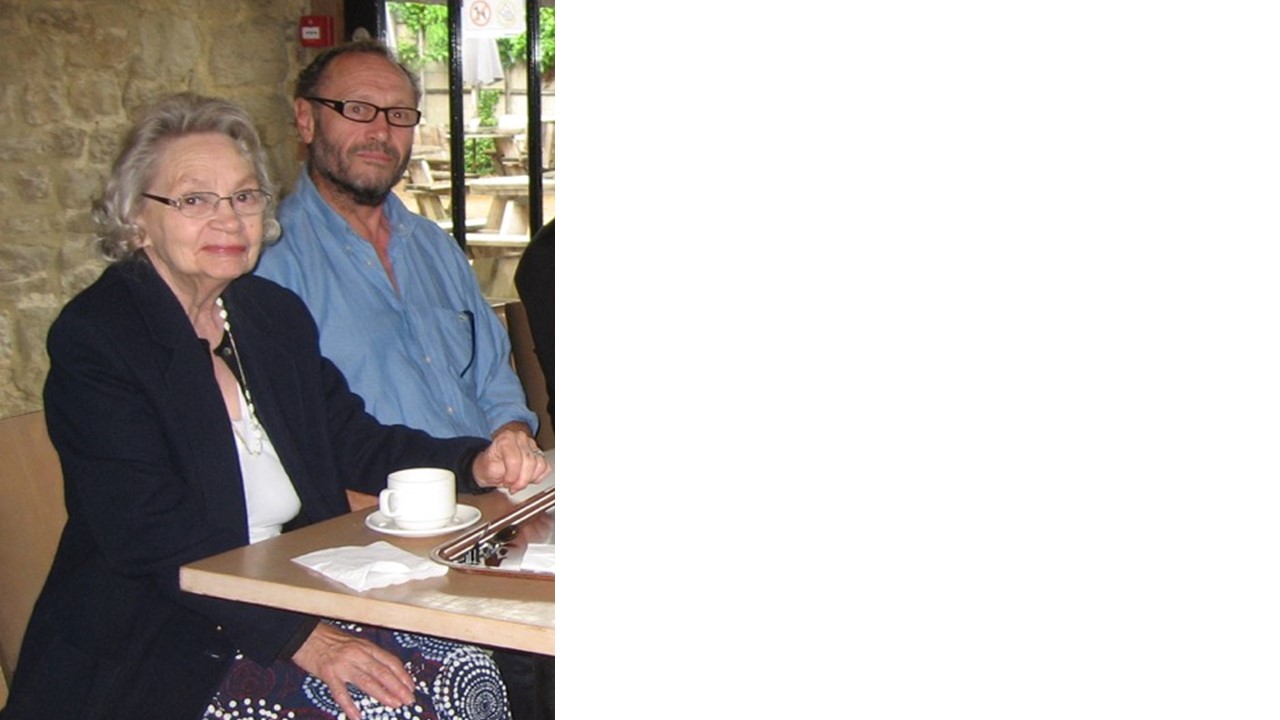 Margaret and her son Martin 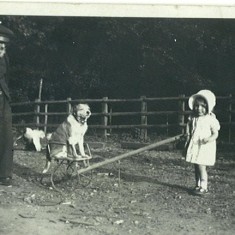 Margaret Beavin in 1935 with her grandfather William, taking her dog for a drive 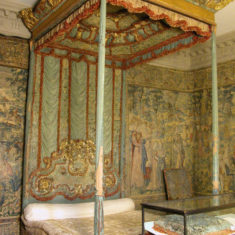 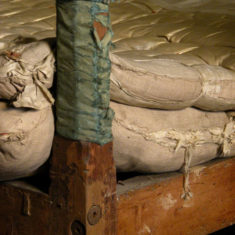 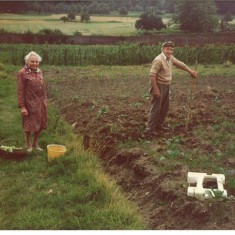 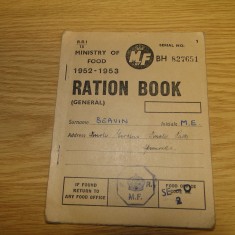 Margaret Beavin was born at Knole to the Head Gardener, Charlie Beavin and his wife. Over the following 50 years, she lived in many different places across Knole Estate in the Knole parkland.  She has memories from the Second World War up to the 1960s when she met the Beatles when they were filming in Knole Park. She also has a very clear memory of seeing what was inside a mattress on a state bed.

From where the camp site is, there was this very large plantation – fir plantation. And that was the site of the old Home Farm which my grandfather ran. And that’s where the cattle and the sheep and that, came from – in the park, you know – well, a long time afterwards, but before the golf course was there. And we’ve been over there several times, haven’t we – to find the foundations of the old house. And we’ve found them but it’s very difficult to get them in connection, you know. I always want to turn it round because I remember it from a different angle.

17th century wigs in a mattress

Interviewer: Going off the subject completely, but talking about things hat people say never happened –  going back to the James II Bed, Margaret saw the wigs in the mattress.

Margaret: “Oh yes, yes yes. Because it was full …”

Interviewer: … not the complete story!

Interviewer: I thought you said you wouldn’t go anywhere near them.

Margaret: “You’re not supposed to, because they were not safe; because they could be very old and – had some anthrax thing – we probably put something on underneath. But one of the people who did it with me was somebody you knew very well, or quite well.  There was another side of Barbara [Tate] you have no idea about! She was great fun.”

The Beatles came to film the videos for ‘Penny Lane’ and ‘Strawberry Fields’ at Knole in 1967.  This memory begins with their coming to speak to Margaret.

Margaret: [The Beatles] put up a table and a tablecloth.  And they asked me – I think they’d used their own props up – and they asked me if I could lend them a tea set.  Well I’d had them there for three days and I was getting a bit short of china as you can imagine to let them have one to use for the film set.  So I went to my mother’s and she proudly got me out one of her best ones.  They set it up on the table there and sat round chatting, and then suddenly one of them did the trick which I believe some people can do, but I’ve never seen it done myself, they got hold of the edge of the tablecloth, whipped it off, obviously intending to leave the cups and saucers, which of course they didn’t: they flew in the air and are all in that pond just down here.

Margaret: They’re probably still there.  I mean, the only people who are likely to have ever found one is the people who go in the pond looking for golf balls ’cos that’s quite lucrative.

Tell-tale white objects in the trees

I tended to come this way [i.e. the southern end of Chestnut Walk] to walk the dog quite often and you know I would be walking along and then suddenly see this tell-tale white thing in the tree, and then I would go over and walk round, I’d go as near as I could to see if they were alive or dead or whatever; and then I’d run home as fast as I could.  And then my dad would get one of the gardeners and they’d have what they called a plant barrow, which was like a huge stretcher with four handles which they carried orchids and that down to the house without bumping them in a wheelbarrow; and they were ideal for picking up people who were injured or anything.  And they would come over with that and a ladder and saw, and sometimes it was just the parachute was entangled, other times they were beyond help, you know, ’cos I could usually tell anyway.

And what you had to do then because you see none of us had telephones, none of us had electricity or gas, so if you needed help all through the war you jolly well had to walk to Sevenoaks before you could get any in the middle of the night, and someone was in in the middle of the night you had no choice, one of you had to walk.  And you couldn’t get into Knole at night because nobody’d ever answer the front door from a safety point of view as well, ’cos the night watchman only got round there once an hour, and if he happened to be passing he might have said use that, but otherwise, you know, no.  So you were very isolated.  The person didn’t need to be too ill because by the time I’d run home and told my Dad and he’d got here with the gardeners and they’d either got him down or if he was beyond help because as I say they didn’t, they’d leave that for the authorities to deal with ‘cos you weren’t going to help anybody, and then we’d take them home quite often.

And several years after the War we had, quite out of the blue, in the course of one summer there were two German families came and knocked on the door and two of the men that, you know, Dad and them got them down.  And he said to his wife and children, he said ‘it was very strange,’ he said, ’cos he’d been there all night apparently, ‘suddenly there was this girl and dog, and she came and she walked all round the tree looking at me very intently, and she took to her heels and rushed off and I thought – is she going to get me help or she going to do nothing?  We just didn’t know.’  And he said ‘after about half an hour I saw people coming and I thought good, she did say.’  They both came back – at different times, not together – to say thank you.  And lots of people said to my mother, because she’d lost three of her brothers in World War I in France; and they said why did you have these Germans in the house and give them… and she said, well, you don’t think about it, she said, nationality doesn’t matter.  I would have liked to think my brothers would have received some kind treatment if they’d landed in Germany and were hurt.  The War didn’t make any difference, it’s the people.