You are here: Home>Tags>maintenance>Alan Grubb 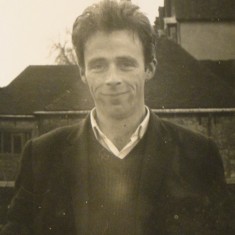 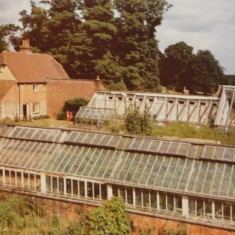 Exterior of the hothouse where Alan Grubb used to work 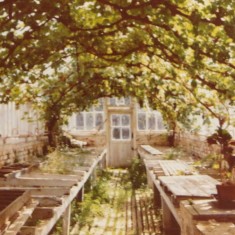 Interior of the hothouse where Alan Grubb used to work 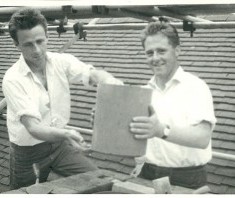 Bricklayer Alan Grubb worked on the buildings at Knole for 25 years, alongside his brother Arthur.  Here are a few of his recollections.

So….25 years at Knole, you must have seen a lot of changes. Let’s just start with your work first of all. You started off bricklaying, general building work…

How did your job change in the period that you were here?

AG: In our department we did a lot of different jobs: window cleaning, chimney sweeping, furniture moving, polishing, sticking little pieces of wood around the oak panel in the showrooms – weeks of that. Taking pictures out of frames when the V&A used to come down. I used to be asked for by a V&A person. Mr Hugh [Sackville-West] used to say “you’re busy for the next 6 weeks. The V&A are coming and want you to take the pictures out of the frames.” He would renovate them and I would put them all back in….lovely job.

Feeding dead deer to the grapes

AG: When the deer in the winter – as you probably know, there’s lots of dead deer, and they would go and dig a hole outside, ’cause the roots used to come through the wall to the outside of the greenhouse. They would dig a hole all the way round the root and put the deer in to feed the grapevines. Just let them rot.

Gosh. All the nutrients were just there…

AG: And that was the flavour and the size of the grapes!

The Beatles come to Knole

What year was that?

Did you meet them at all?

AG: I didn’t meet them, no. But we saw them. Saw them at the front here, at the door. They knocked on the door and Marian went out – she was the office girl.  I believe she fainted when she saw who it was.

A.G.: We used to have to shovel all the snow off the flat roofs, because of the weight problem. And the snow was nothing to be 12 inches, 12 inches deep, and some of the valleys used to be half full where it had drifted. We used to shovel them all out.

A.G.: Climbing back in was another good one for a laugh in the snow.

Were you clearing all the courtyards as well?

A.G.: We used to clear a pathway, just the main thoroughfare. Put salt everywhere. We used to have to go round there every day to make sure they hadn’t frozen up, with buckets of salt. Keep them clear. Used to take a long time. Winters then were a lot harsher than what they are now; you were guaranteed a lot of snow then. There was a lot of snow and we were all doing it, the carpenters…