Martin first arrived at Knole in 1973. His long association with Knole continues into the 21st century. 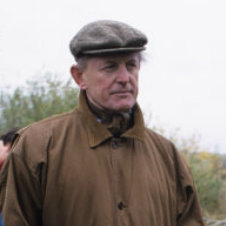 Martin Drury was the National Trust’s first Historic Buildings Representative at Knole in 1973.  He recalls how he set up the first gift shop and Knole’s first Museum Room.

There was no property manager as such then, or there wasn’t an administrator; it was Mr Hugh who was in charge, and he was always very friendly and helpful, wonderfully open-minded person.  Dear man, he was. We created the shop in what had been … just by the gate.

Then in the next room, on the model of what had happened at Ham, there was a very influential man called Peter Thornton who was the keeper of furniture and woodwork at the V & A. He was an inspiring teacher and scholar and he gathered around him a lot of young people and inspired them with the ideas of historic arrangements of interiors based on archives and documentary evidence which had been pioneered in Scandinavia, and he was half-Danish himself. And he put it into effect at Ham, which was then managed by the V & A for the National Trust. And the idea was to study the inventories in that case, decide which was the most significant period in the house’s history and at Ham there was no question that was the 1660s and 70s. There was an inventory of 1679 and because the house was a second home, it had never been touched. Every object could be put back where it had been in 1679, which is very instructive about social history and very fascinating to do. And the things that were the most precious at Ham or textiles which were best preserved, examples of each set, were put into a glass-enclosed room within which the relative humidity and temperature were controlled, for the long term preservation of them. Because the things on show in the showrooms unlike in a museum where you can give that sort of protection; in a country house, you can’t.

So on the Ham model, there was a thing called the Museum Room there, I, in my inexperienced way, thought we should establish something similar here, and was advised by Peter Thornton. So we selected one from each of the sets of furniture so that whatever happened to the pieces that remained in the showrooms, this one at least would remain as it had been as it had been in 1973 or what were we then, 1974 by now.

And we chose the Knole sofa, the bizarre silk, amazing artefact, the most unique thing was covered in dress material…of ‘79…the rocking horse, famous rocking horse…which Vita Sackville-West refers to in the attics. And I must say, looking back on it, it was, without more expert advice on the technology of it, it was quite an irresponsible thing to do. Because it was a very difficult without a professional staff here, to main the relative humidity as it should have been. They certainly were kept out of dust and all that, but I’m not sure… I was rather worried when the horse showed signs of shrinking and cracking. So I was always rather worried.  But it was the fashion at the time.

On the Queen Mother's 75th birthday at Knole

You know about Whitehall Palace, burnt down in 1698, which is why, no, not why, but some of the things that are here come from Whitehall Palace. Well I thought as we were in the Cartoon Gallery, I lifted up one of those stools which has this extraordinary thing, the stamp of Whitehall Palace – the crown and W P. So I picked it up and showed it to her, and explained this came from Whitehall Palace, how rare it was to have a piece of furniture with the royal mark on it. And she looked up and said, “Wasn’t it awful about Whitehall Palace?” (Laughter) As if it had happened last summer! As if she was there. That was her gift really, everything was sort of shared. And wasn’t it awful, as if you and I would know how awful it was. It was her extraordinary gift. And she went on to say of course “we – ’we’ – hadn’t got any old furniture because it was all given away to housekeepers!” Otherwise no really high points spring…it was a constant pleasure being involved here and seeing things happen and getting to know the Sackville family whom I rather liked very much and being part of something that had such a long history.