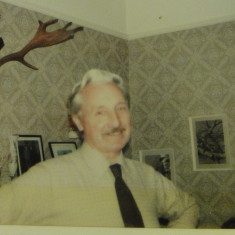 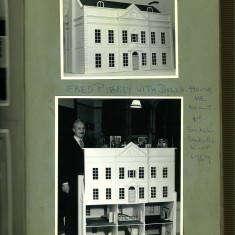 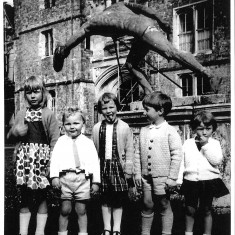 Fred Piercy's grandchildren remember visiting Knole's Green Court during many summers in the 1960s and 70s.

Former Knole Estate works foreman, Fred Piercy lived at Knole, in a flat in Green Court. His daughter Janet, and son-in-law, Brian, remember one New Year’s eve party which ended with the alarm going off, police arriving and seeing off thieves bent on stealing the lead from the roofs.

BH: As we were walking around today, and the scaffolding outside…and what you’ve just said…tell them about that Christmas, or was it New Year…?

JH: When they were burgled….?

JH: The Sackvilles. Knole. They were taking the lead off the roofs. Yeah, well, they would have had scaffolding out there…at the back and there was this alarm going…and I could see my dad now, running around in his pyjamas…and Lord Sackville-West. This is true. And the police coming and trying….and they got away, didn’t they? But they didn’t get the lead.

Because the alarm went off?

JH: Me mum had got a party going on… ’cos all the lights were still on and it was just as we turned the lights off that they started to bolt… ’cos they must have been watching… just waiting for the time to be right…

So this was late at night, because your dad was in his pyjamas?

JH: One o’clock. I can see it now…them all running around in their pyjamas. And my mum saying, “Get your dressing gown on!”